The 8th annual Tableau conference was held between Oct 19-23, 2015 in Las Vegas, Nevada. MGM Grand was chosen as the venue and it was fabulous. 10,000 people registered for the conference and it was sold out. It was one giant Vegas party. I don’t know if all Vegas conferences are like this, but man I had a wonderful time, probably the best work conference I’ve ever been to. 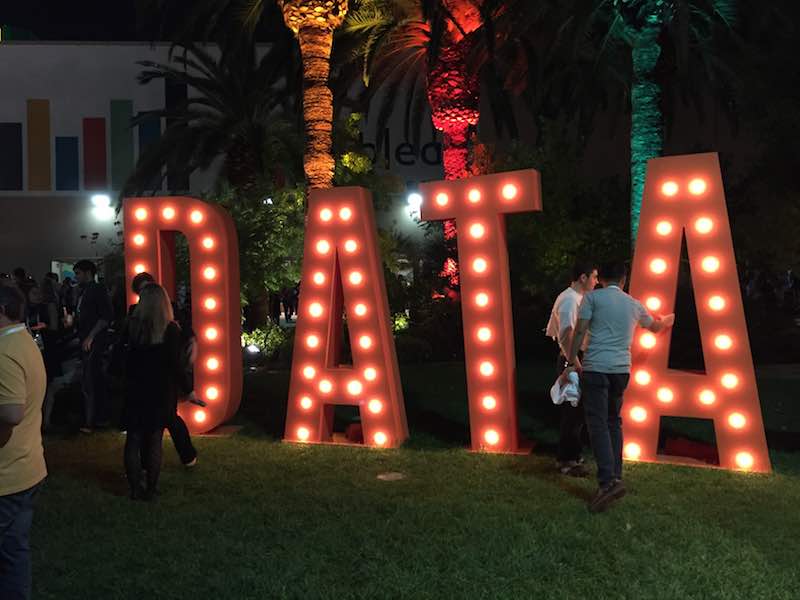 There was open bar literally every few feet during welcome reception, block party (yes, I’ll get to that), hackathon, keynotes etc. There was unlimited food and snacks all over the conference venues most of the time and it was amazing. Apart from free alcohol and food, meeting different people from variety of industries was one of the best part of the conference.

There were tons of sessions and I had to spend a minimum of 20-30 minutes going over the schedule to pick a session to attend to for each slot. One of the sessions I went to had Netflix engineers present on their analytics and reporting infrastructure and I captured the slide below which shows the teams data usage and it’s insane - 20 peta bytes! And this is probably just a sliver compared to what other teams within Netflix might have. 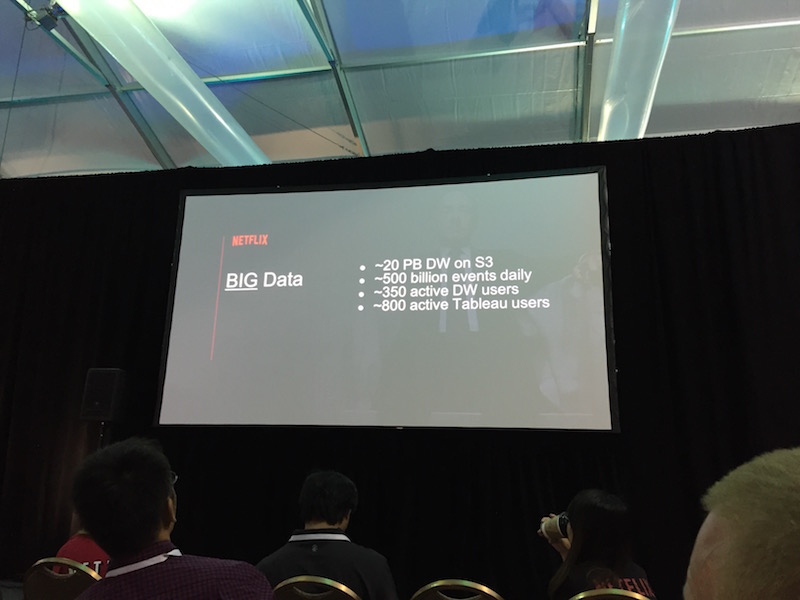 The second night of the conference, Tableau threw a huge block party. They blocked the entire Fremont street and had unlimited free food and alcohol with two stages for multiple live bands throughout the night. They also had zip lines running through the street although that was only for speakers and other guests. They shuttled everyone that could come from each of the hotels around the conference to Fremont and shuttled us back out. The event was called Data Night Out and it was beautiful. Oh boy, that night was fun. 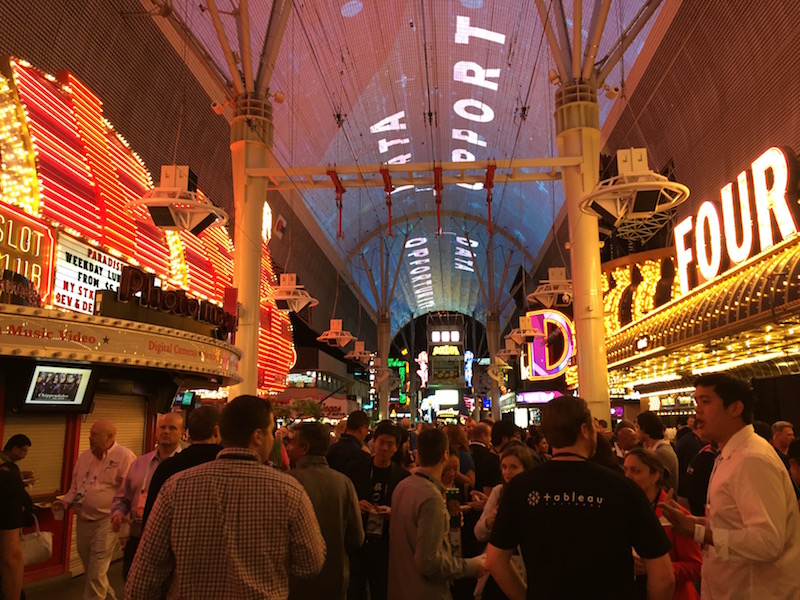 Lets talk about the keynotes. All the keynotes took place in the Grand Arena which is freaking huge and has a capacity for 17,000 people and this is inside the MGM Grand hotel. Here are the folks that did keynote each day;

Read that list again and tell me you didn’t want to be there. Just to hear these people talk was worth the conference price even though it had nothing to do with Tableau or software or computers. Daniel Pink gave an amazing talk on workplace motivation. Dr.Tyson gave a talk about astrophysics and movies and it was one of the most entertaining talk that I’ve been to. During Tyson’s talk we were given a choice to have either a beer or cocktail before we entered the arena which was a pleasant surprise. Dr.Tyson wanted it to be a Vegas style keynote so he requested this arrangement! And finally Sir Ken Robinson gave a humorous yet somber talk on education and the current school system. It was a real treat to listen to these amazing speakers supported by a large crowd in this massive venue.

There was a hackathon that I participated in, an IronViz championship was going on one of the days and there were so many other smaller events that I couldn’t even start to cover in this post. All in all this was really fun conference and I’m glad that I got the opportunity to head up there. If I get a similar opportunity next time I wouldn’t miss it. Next one is in Austin, Texas.